This solitary basalt formation is called Oedolgae or Lonely Rock. It was formed at a time of volcanic activity as a geyser-like eruption spewed forth from beneath the earth's surface and solidified. It is 20 meters in height and 10 meters in circumference. 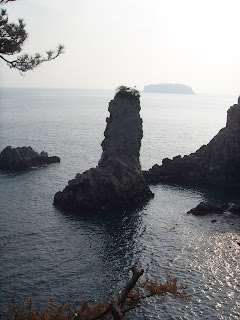 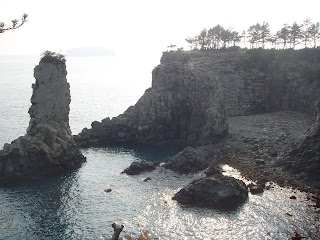 Near the close of Goryeo Dynasty (918-1392), General Choe-yeong was in Jeju to suppress the Mongols who had occupied the island from 1218, the Mongol forces made their final and fatal stand on Beomseom (Tiger Island) which is seaward from Oedolgae. 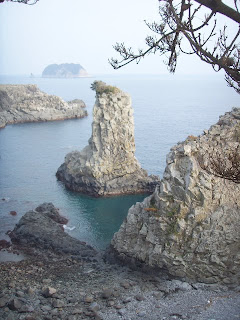 Another name of Oedolgae is General Rock which comes from a legend that General Choe-Yeong disguised the rock to appear like a giant military general and the Mongol's took it as a well established battle lines. The enemy soldiers were so terrified that they all committed suicide. It is also called namju haegeumgang because that Oedolgae stands in Goseok Harbor which surrounded by the screen-like jagged cliffs or Uduam or Seonnyeo Bawi.

The famous TV drama Daejanggeum was filmed here. Daejanggeum (Jewel in the Palace) is a TV Series with a record-high viewership in 2003. It is based on a true story about a girl living 500 years ago in Jeseon Dynasty. Despite numerous adversities in reality. Seon Jang-geum (by Lee Young Ae) made her own way with her excellent medical skill and profound knowledge and ultimately was given by King Jungjong the title of Dae Janggeum which mean The Great Janggeum. Oedolgae is a shooting location for the scene where her mentor, Court Lady Han (by Yang Mi-gyeong), was dying on her back on way to exile on a false charge. 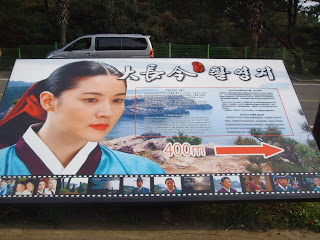 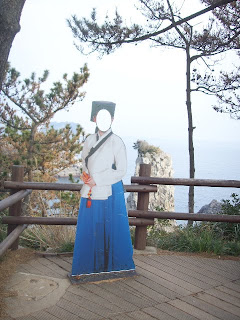