We went to Gwanghallu Park located in Jeonbuk Namwon City Yocheonro. To be familiar with the City, here's a part of the story of Chunhyang of Namwon County. Wolmae, a former kisaeng, lived in Namwon County during the reign of King Sukjong (Chosun Dynasty). She was a famous kisaeng known throughout the three Southern provinces and lived with the Vice minister, whose name was Sung. Having no children of their own, they eventually appealed to the Guardian Spirit of Mt. Chiri. At long last, Wolmae conceived and gave birth to a beautiful girl, whom she named Choonhyang. The girl was rather kind-hearted and very fond of reading. Her good manners, chastity and filial piety soon attracted public attention in Namwon County.
Here's Wolmae's House. This house named after Chunhyang's mother was the main setting for the story of Chunhyang. This is the very place where Chunhyang married Lee Mongryong, the son of a Namwon magistrate. Mongryong, while strolling around Gwanghallu Pavillion, was completely charmed by the beauty of Chunhyang who was on a swing. 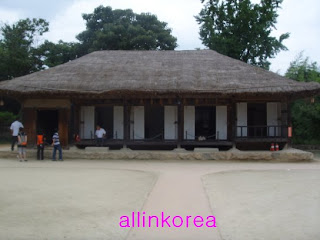 Here's a wishing place. Throw some coins and make a wish about love. 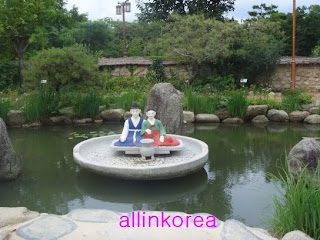 Don't they look real? In every rooms of the house, you'll see some statues doing some routines. It shows what the people did on that area during that time. 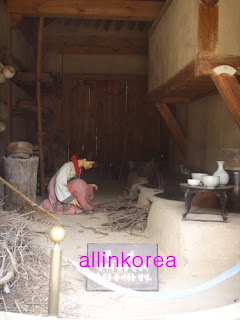 Chunhyang Memorial Hall. This hall was built to honor the spirit and faithfulness of Chunhyang in 1992. It was constructed in the shape of a traditional Korean Pavilion. Exhibited in the hall are nine oil paintings by artist Park Nam-Jae that tell tha tale of Chunhyang. A collection of calligraphy and antiques showing the lifestyle of people during Chunhyang's time are also on display. The tablet on the hall is the work of Song Seong-Yong, a highly respected local scholar. 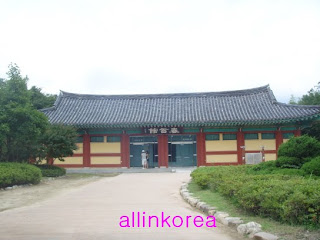 Gwanghanru. This building was built by Gwang Hui, a well-known prime minister during the reign of King Se Jong (1418-1450) of the Jeseon Dynasty and was rebuilt in 1626. It's original name was Gwangtongru but Jeong In-Ji later name it Gwanghanru because it resembles "Gwanghan-Cheongheobu", a legendary palace in the Moon. In the center of the North, stages are attached to support the leaning building during the reign of King Go-Jong (1863-1907). There is a lake in front of the building and a half-moon shaped bridge called Ojakgyo (bridge), is placed over it. 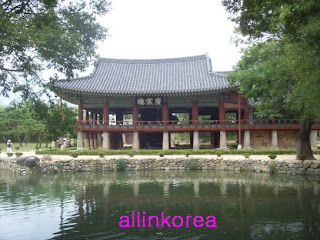 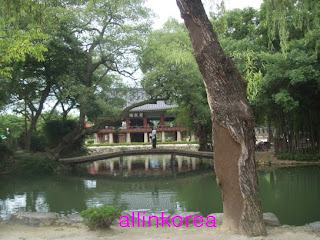 There's also a big pond with lots of big fish that people enjoy feeding and watching them. 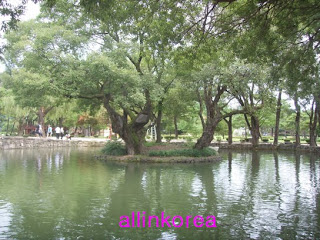 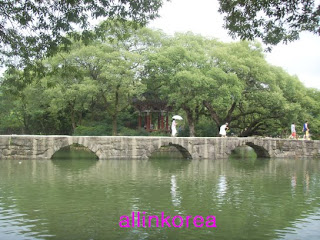 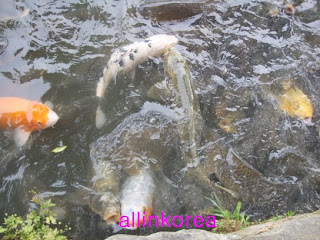 Wanwoljeong Pavilion. Legend says that the highest among the heavenly gods lives in Gwanghan Palace in the Heavenly Kingdom. Below the Palace, Ojakgyo Bridge crosses the Milky Way and beautiful heavenly nymphs enjoy the picturesque scenery of the laurel trees.
While Gwanghallu Pavilion is an earthly representation of its heavenly counterpart. Wanweoljeong Pavilion was built for viewing the moon. It's octagon-shaped roof and double eaves provide it with a unique architecture. This pavilion graces the site of Gwanghalluwon Garden and is the main venue of the annual Chunhyang Festival. 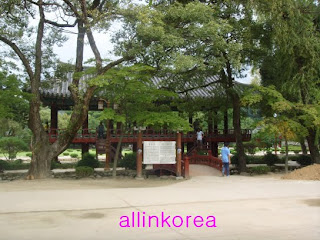 View from the Pavilion. 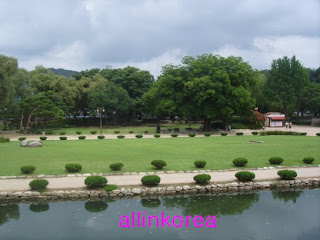 Isn't it a good place for this summer? It's cool and 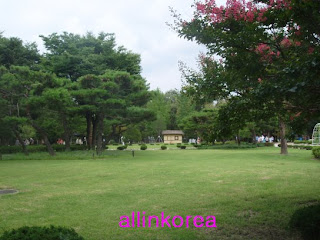 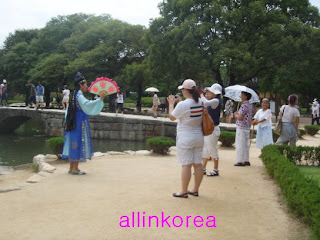 And buy some Korean stuffs as a remembrance. There are lots of shops next to the entrance door. 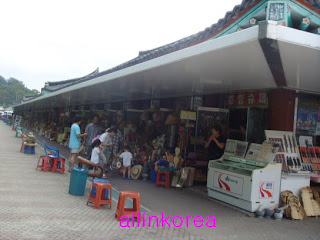