Mt. Halla, Mt. Hanla or Hallasan in Jeju is the highest mountain in South Korea. You can't realize that the mountain is high because it's not tiring to climb it. It's like a walking course with fantastic view. You don't feel bored or get tired of climbing because walking on a plain road is more than climbing. I'm talking about this. 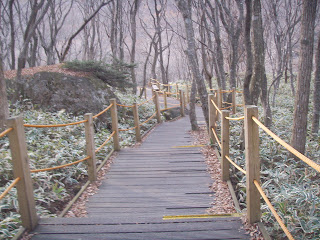 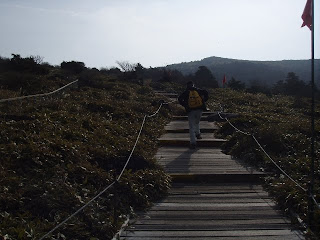 Ther's a bridge near the entrance. I think it's awesome in rainy days. 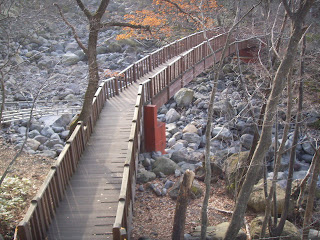 Before the bridge are these stairs. I was surprised! My hubby asked if we came to climb up the mountain or climb down. Isn't it strange? hehe.. 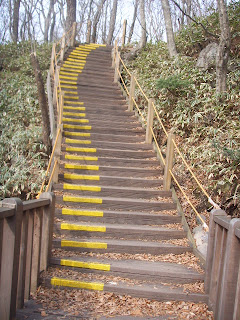 You can't believe that this course is on top of the mountain. 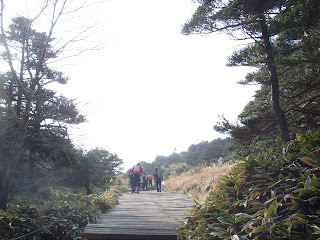 Here's Sajebidongsan. You can view this when you reach the top as shown above. 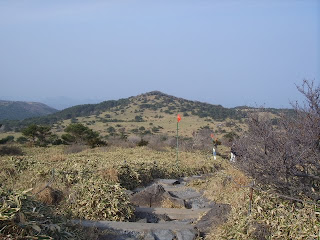 Of course there are rocks. As you know, Jeju Island is a volcanic island, dominated by Halla-san (Halla Mountain); a volcano 1,950 metres (6,400 ft) high. 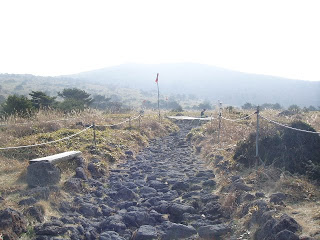 Spring from the mountain where hikers and climbers stopped to obey their thirst. Even if you aren't thirsty, you should try it. It's cool, fresh and it has different taste from normal water. A tourist took out a big bottle from his backpack and put some water in it. He said he wanted to get some and sell in the mainland. That sounds like a good business. hehehe.. 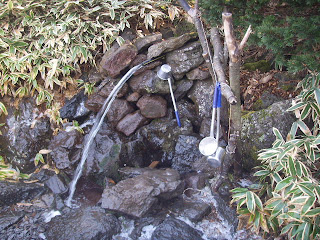 Here's the Manse Park Observatory. There are telescopes use to view the different kinds of oreum (walking or climbing course). You don't need to insert coins to view the other mountains so feel free to use them. 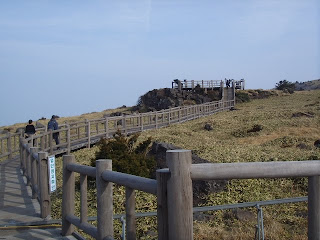 On the left side of Manse Park Observatory, you can view Mangcheoreum (Chetmangoreum): It was named for the Oreum U-shaped crater resembling mangche meaning a U-shaped coarse sieve. Also, the Bulgeunoreum with the meaning of reddish for "bulgeun", the area was named for the blood covered mountain from the suicidal end of the fight by Gen. Kim Tong-jeong and his wife, his soldiers and their wives at the time of the Sambyeolcho (Three Elite Patrols) Rebellion, a korean rebellion against the Goryeo Dynasty that happened at the last stage of the Mongol invasions of Korea. 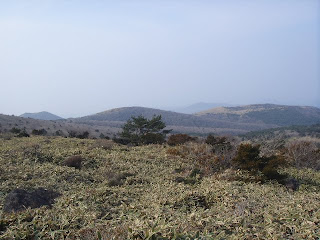 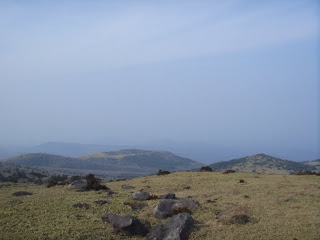 And on the right side are "Minoreum" meaning a flat headed hill. "Janggumokoreum" which was named for the narrowing ridge that leads to Janggumokoreum and Samgakbong like the bridge of Janggu, an hourglass drum. "Wangsokbat"; wangsok means a large stone and bat means field. "Hallasanjubong" (crater wall). "Witseoreum", it is the common name for all 3 oruems of Bulgeunoreum, Nuweunoreum, and Jogeunoreum
at the highest place of the area. And "Manseidongsan hill" or Mansudongsan hill or Mangdongsan hill; the name came from this high landscape used to be a lookout point to watch over the grazing cattle and horses. 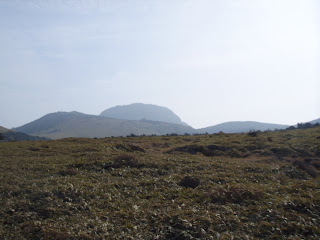 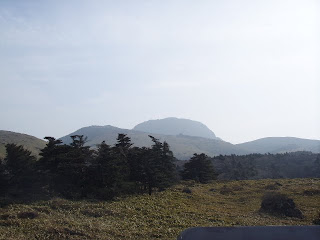 View from the other sides of Manse Park Observatory. 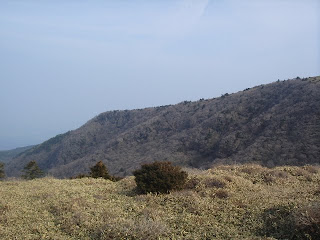 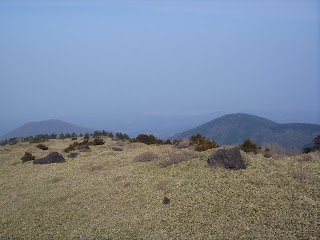 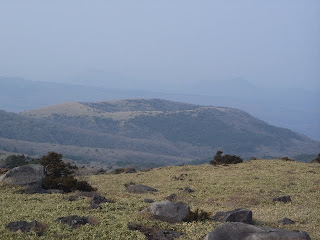 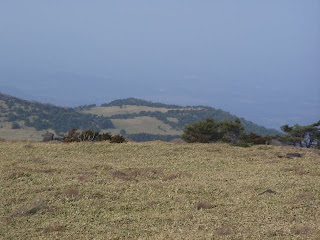 The trees on Mt. Halla. They look beautiful specially in winter. 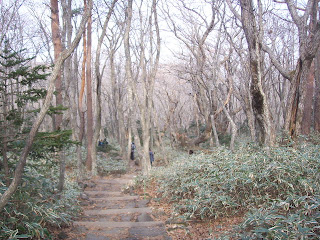 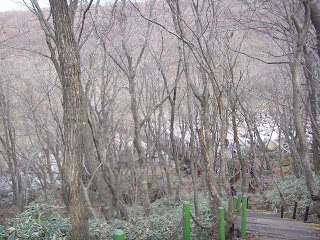 There are some benches where you can stop and rest when you're tired climbing. 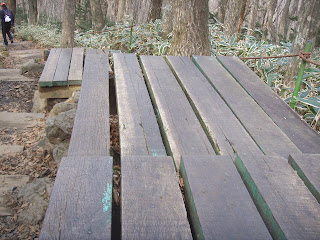 There are lots of birds at the parking lot. Hallasan is really a place where you can enjoy the nature. 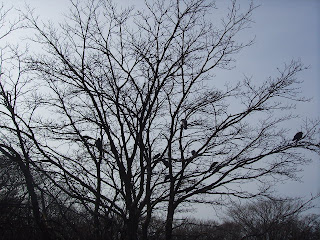 Btw, there are buses going to Mt. Halla so you don't need to have your own car to visit the mountain. Check out the time of arrival and departure of buses so you can plan your visit to Hallasan. 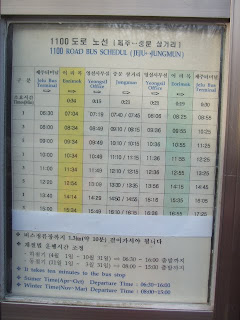 How nice! I would like to visit there someday. Happy holidays!

I have seen Mt. Halla in some kdrama like My Lovely Sam Soon and the reality show We Got Married (Lettuce Couple) cuts :)