Stupid Roh Moo Hyun (Babo Roh Moo Hyun) is what they called him even when he was still a South Korean President. It's because he's very kind and now he committed suicide, I guess. Since he passed away, he's always the heart of the news. I usually feel like crying and sometimes cry when I see him on tv specially the program this evening where they show a lot about him. They show about the good things that he did for his country. They interviewed the people who was closed to him and showed the people who feel sorrow because of his lost.

I just can't explain how I feel for him. What I know is I like him since the first time that I saw him on tv while he was running as a President. At that time, I felt that he was the right man to lead the country. He made me cry when I knew that he won as a President on Presidential Election. I felt nervous when he was in trouble on his presidency but felt relieved and made me cry again because everything went well and had to continue his job as a South Korean President.

Me and hubby was watching his life on tv and we were both crying. Then hubby said, he couldn't watch it anymore so he changed the channel.

To Mr. Former President, wherever you are, you'll always be in our heart. We love you!

Email ThisBlogThis!Share to TwitterShare to FacebookShare to Pinterest
Labels: korea/koreans, korean government, me, only in Korea

It has found out that Roh Moo Hyun, the Former President of South Korea killed himself. He left a message on his website Roh Moo Hyun Ui Saram Saneun Sesang (Roh Moo Hyun's Know How) thirty minutes before he went hiking. He also left a note for his family and for the people.

"I'm weak. I can't even read and write. Don't be sad. Don't feel sorry. Burn my body. Make a small tomb just near our house. It's destiny, etc.." Inspite of his bribery scandal, people still show how much they love him. The whole country is in deep sorrow because of his lost. Those who can't go to his funeral gathered together in some places to show their support and love to him. Even when you just watch on tv, you can't help but to cry.

Email ThisBlogThis!Share to TwitterShare to FacebookShare to Pinterest
Labels: news

It's too hot now a days so I usually turn on the aircon in the office. But some pimples appeared on my face. I guessed it's because of the dirty air that comes out from the aircon but after cleaning it, my face is still the same. My hubby said the air in the office must be dirty. Oh, I think so because the air purifier in the office isn't working well. We need the Best Air Purifier to clean the air. It's not only for my face but also for everyone's health.

While I was searching the net, I found out that the products from Atlas are the best! For popular air purifiers, a pair of ozone plates are recommended. They are one of the best sellers because of their good quality and low prices. You can have them for only $16.95. This Hepa/Active Carbon Filter -ve Ion UVC Lamp AirPurifier With Remote Control Model H is what I like the most. The retail price is $299.95 but you can get it for only $59.95. The more products you get the more discount that you can get!

Email ThisBlogThis!Share to TwitterShare to FacebookShare to Pinterest
Labels: health, me, shopping 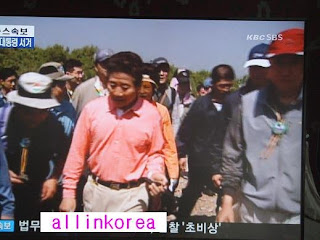 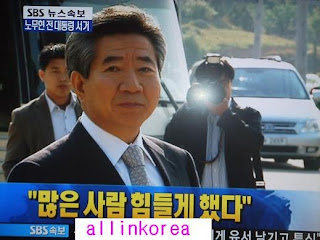 To all teachers who teach Korean students, have you received presents from your students or student's mom? Of course you did because yesterday was a Teacher's Day, another special occasion for this month. First was the Buddha's Birthday, next was Children's Day, then Parent's Day and now it's Teacher's Day. I wish there's also Pet's Day so everyone can enjoy the month of May.

Oooppss, let's go back to Teacher's Day. Teacher's Day is celebrated every 15th of May so before that day, you'll see lots of students busy preparing cards and presents for their teachers. On this day, you can know who the famous teachers are by looking at the presents they received. Most of the presents are fruits, cosmetics, vitamins and the famous gifts of them all are the socks. Every occasion, socks will never leave behind as a gift. They always appear in every occasion. They are the easiest, simplest and useful presents. Everyone wears socks when we go out. In summer, ladies wear stockings. It's strange to see nude feet here in Korea so socks are always used. 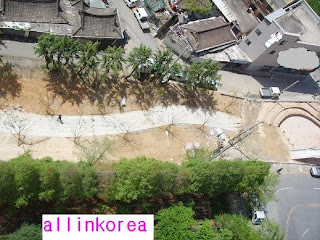 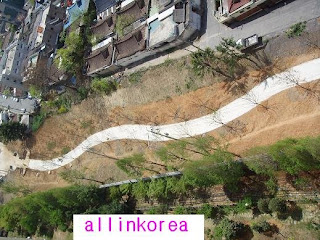 They have been constructing this flowers street in front of my apartment since last year and now it's almost done. They already planted some trees on both sides of the street so they just need to plant some flowering plants. They made it for people to take a walk or exercise. It is too long and it can also use as a short cut in some places. I used to take a bus when I go to church. It took me 10 minutes to wait for the bus, 7-10 minutes to the bus stop and then another 5-7 mins. walk to the church. So it takes almost 30 mins. to reach the church. But using the flower road only took me less than 20 mins. I can save time, money and get some exercise. When it's done, I guess people will prefer to take a walk rather than taking a bus.

The pictures are taken from my apartment building. The road will look better when the trees grow and when there are flowering plants. I can't wait!

Email ThisBlogThis!Share to TwitterShare to FacebookShare to Pinterest
Labels: living, me, only in Korea

Oh yes, another celebration for this month. After Buddha's Birthday comes the Children's Day and now it's Parent's Day again. Unlike other countries, Korea celebrates parents day and not Mother or Father's Day because they are celebrated together. Although Parent's Day is on May 8th but you'll see lots of people selling and buying flowers everywhere on May 7th, the day before Parent's Day. It is also the day when children give presents and flowers to their parents so it usually celebrates every May 7th. In Korea, it's better to do things in advance.

Kids usually buy plastic (imitation) carnation flowers and write letters to their parents and college students and those who already make money buy fresh flowers and give some cash to their parents like what we (hubby and me) always do. If we have time we also dine out together.

What do you think is the best thing to do or give to parent's on Mother and Father's Day? How about you? What do you usually do or give on this day?

Korea is not only famous with its kimchi but also with drama, good looking singers, fantastic movies and sexy celebrities. And because of that, Korea and Koreans became famous around the world. There are lots of people who are interested and hook with Korean celebrities and I'm one of them. But it's too sad that most Koreans don't speak English well so if we want to know more about our favorite celebrities, then it's hard to get information because most sites are in Korean and hard to understand. And so I want to let you know about this favorite site of mine where I can get information about my favorite Korean celebrities.

Do you wanna know what's going on with Lee Min Ho after his drama Boys over Flowers? Have you heard about the Benz issue? Have you also heard about the new album's comeback show of Jun Jin that has been postponed? Do you wanna know the reason why? Well, you check out here at www.koreancelebrities.net and get updated. There are more interesting issues that you need to know so don't miss anything about your favorite korean celebrities.

Most schools and private institutes are having parties for children before this day. Some children are expecting too much on this day because they receive presents from their parents and relatives. Most of them also go on a picnic or visit some famous attractions with their family.

How about in your country? When do you celebrate Children's Day and what do you or children usually do on this day?

Every 8th day of the fourth month by the Lunar Calendar, Koreans celebrate Buddha's Birthday. It marked May 2nd in this year's calendar so it was yesterday. It is mark as red on the calendar so it is a holiday here. It happened on Saturday so I'm not happy for it. I never work on Saturday. But students go to school every first and third Saturday of the month so yesterday was another rest day for them. Before the day comes, you'll see lots of round lanterns with lights on the streets going to the temples.

On Buddha's Birthday, solemn rituals are held at the Buddhist temples and the day's festival is climaxed by a lantern parade.