Teddy Bear Museum is one of the best attractions in Jeju Island. It is where you cand find everything about bears! I love teddy bears and this museum has thousands types of bears. Of course I won't leave Jeju Island without visiting the Museum again. After 10 years, I finally visited the museum again. 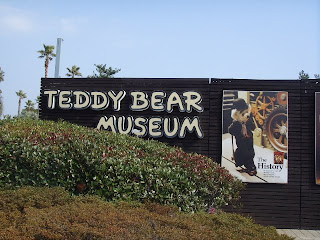 This teddy bears couple will greet you at the entrance where you pay your admission fee. 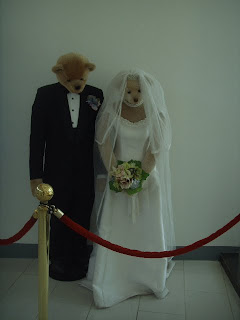 With lots of bears inside, it's hard to choose which one have to look first. You can't just stay in one place because your eyes will stare to another teddy bears that most of them look awesome.

Here are group of bears singing, dancing or look like performing in an opera. 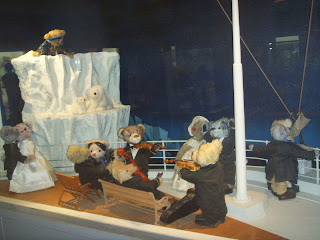 There are lots of bears in group who act like people. This bears are demonstrating for Love and Peace! It seems like they are real. They are so cute! 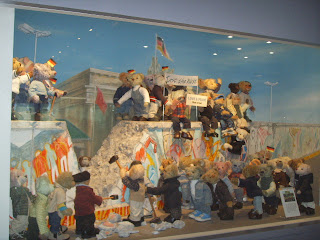 Have you ever seen Monalisa Bear? Except Monalisa, there are lots more. 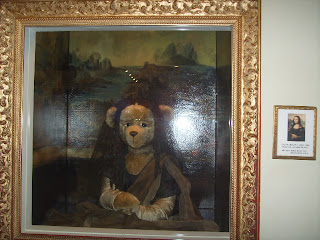 The 125 Karat Bear and Little Elephant. I wonder how much the bear is. The bear is wearing 125 Karat necklace. 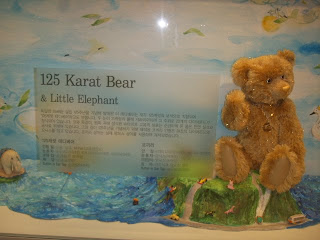 There's the Kings including Gandhi! 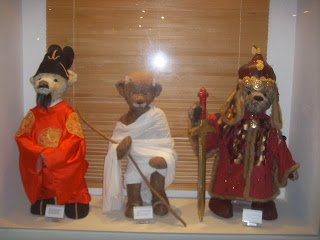 The Prince Bears and Princess Bears. 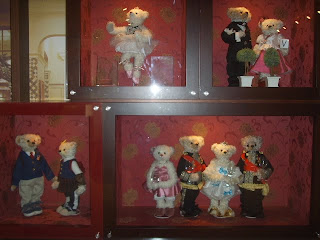 The bears having a picnic outside. 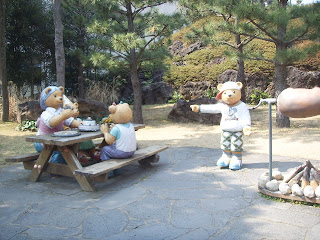 Some bears are fishing. 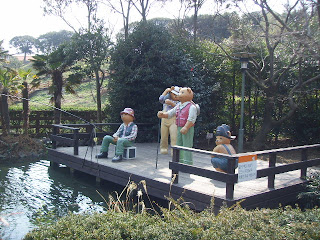 A bear is driving a car. 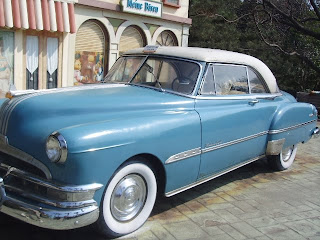 This one great! I thought it was nothing at first but I suddenly heard a song. Goodness! The bears are holding a wedding ceremony. The bears appear according to their role. Look at the clock! 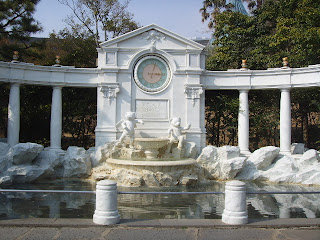 And look at this picture! The wedding couple appeared from the clock. It's fantastic if you see it in person. It's so romantic! 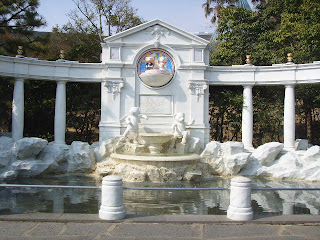 There's also the Elvis Presley Shop and Theater at Jeju Teddy Bear Museum. Here, you'll see the fantastic performance of the bears based on "Aloha from Hawaii", a concert performed by Elvis Presley in Honolulu, Hawaii on January 14th, 1973. 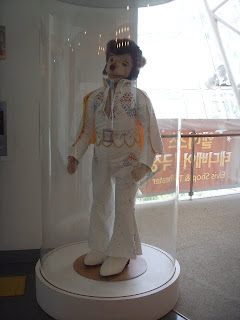 When the curtains open, Elvis Presley Bear sings and dances with other bears. It's another interesting thing in Teddy Bear Museum. You must see it! It doesn't take long. 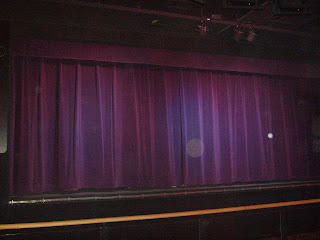 Here's one of the performances. 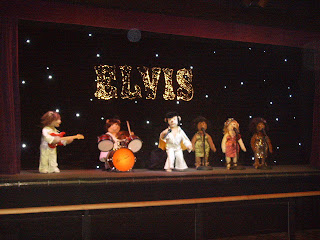 If you're looking for a souvenir. There's a teddy bear souvenir shop inside. 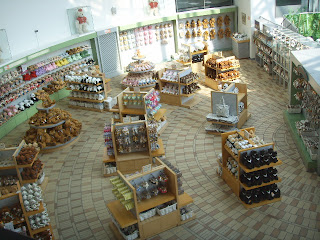 Oh well, this one is huge! It's much bigger than I do! 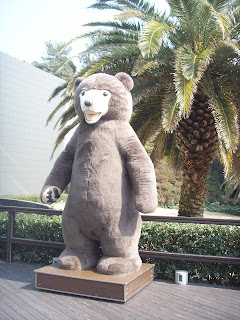 Kingkong climbing up the tree outside added to the beauty of the Museum. 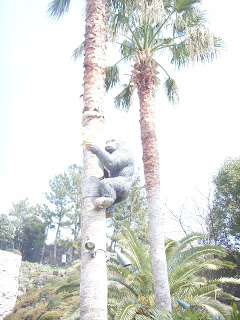 Mrs. Panda and her kids are extra. They are reminding us to "Save the Panda" of course. 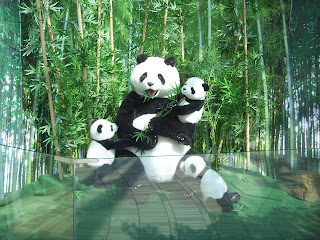 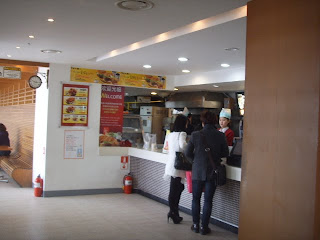 Hello! After visiting your blog, I invite you to join us in the "International Directory Blogspot"
For this is the very simple, just follow our blog, enter your Country, your blog url, and you will automatically integrate into the Country list.
We are fortunate to be on the Blogspot platform that offers the opportunity to speak to the world to share with us the different passions, fashion, paintings, artwork, photos, poems and so be able to find in other countries people with similar passions.
I think this community could also interest you.
Have a great day with the hope that you follow our blog.
Regards
Chris
To find out, click on the link below:
http://world-directory-sweetmelody.blogspot.com/

Great article about Jeju Island. I really like your blog very much and also share this article with my friends.and keep it up

@Chris, thanks for the invitation. I appreciate it a lot!
@koreanwedding, thanks a lot! You're so nice! I'll try to post more pictures and information about Jeju Island.

What a great story! They are very cute bears. By the way I made a lot of Pascale Garnier's flower kits, I also made some toys kits but can't remember who they were from, also clothes patterns from Lorraine Miniatures.
teddy bear

The Elvis teddy bear is awesome! I never expected my dad to come over the computer and look at the Elvis teddy! He's somewhat a fanatic of good ol' Elvis. :)