Columnar Joints at Jeju Jungmun Daepo Coast or Jusangjeollidae are rocky cliffs that run for about 2km along the coast line from Jungmun Dong to Daepo Dong in Seogwipo. They were formed by the cooling and solidification of basalt flows from the Nokhajiak volcano from 14,000 to 25,000 years ago.

Jusangjeollidae is a pillar-shaped joint formed by basaltic lava. As high-temperature basaltic lava cools, it shrinks in volume often producing a columnar joint. When viewed from the top, four to six sided polygonal columns of basaltic rocks can be observed. Basaltic columns of 25m in height look like a regular stack or pillars, which can be called the nature's masterpieces. 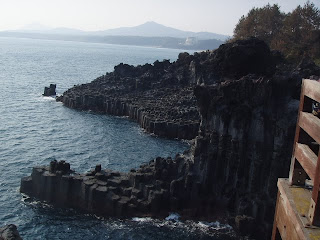 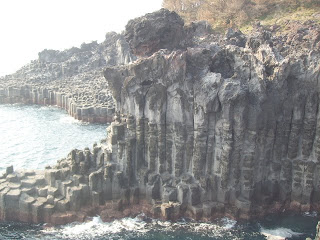 Columnar jointing arises from contraction of molten lava during cooling, which splits the rocks into polygonal columns. Columns typically have 5-6 sides, with each side being a separate joint. A collection of adjacent columns is often referred to as a "colonnade", and cooling cracks closely spaced in irregular patterns are known as "entablatures". 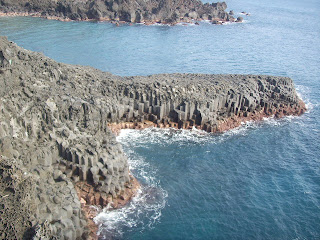 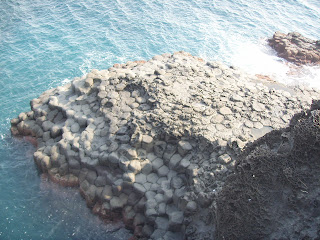 Jusangjeollidae is also a great place for taking a walk. The site is not only famous for the columnal joints in the sea but it also has a great view which is a perfect place to relax. 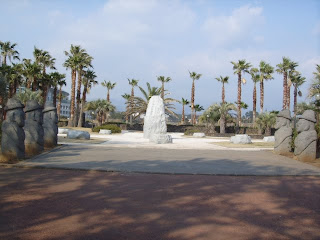 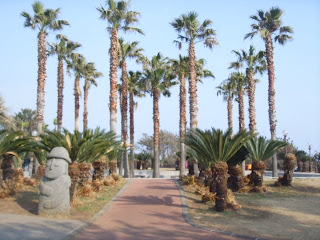 This seashell shape outside also caught my attention. I think the two hajumas don't have any plan to stand up. 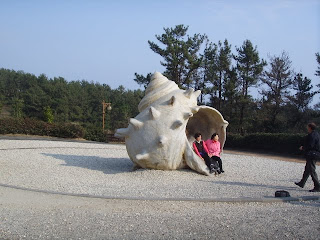 Hello!
I invite you to visit Blogspot Directory
I am a member of Directory Blogspot and I create
I think this community could also interest you.
His goal: to familiarize your blog, and thus the possibility to exchange with various countries, whether cultural or other
The more people and more opportunities it will give, you are some sort of ambassador of this blog, it has also to do you know after contactset your friends!
To find out, click on the link below:
http://world-directory-sweetmelody.blogspot.com/

I wish you a great day
friendly
Chris