Cheonjiyeon Waterfall is 22 meters in height 12 meters in width and cascades down the cliff facing into a 20meter-deep pond. This pond is the natural habitat of an eel which was designated as Natural Monument#258. 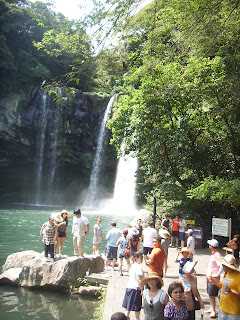 The waters of Cheonjiyeon Waterfall meander along a well-defined stream bed until they flow into Seogwipo City harbor. Both sides of the valley constitutes a protected area designated as natural monument #379 and contain a variety of rare flora native to a subtropical environment including rubus hongnoensis AKAI aspidistra elatior Bi and others. This is also a natural habitat of Eleocarpus sylvestris VAR elliptieus (Fhund) HARA. 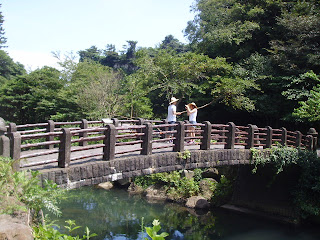 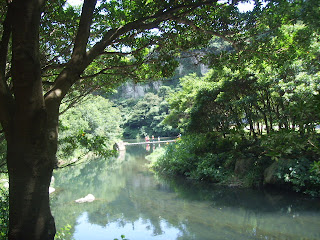 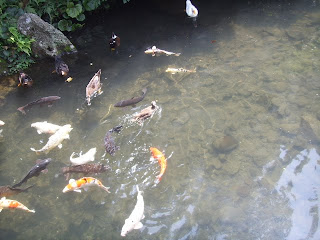 The luxuriant growth of broadleaf evergreens and flowering trees and shrubs give each of the four seasons a particular charm and flavor. 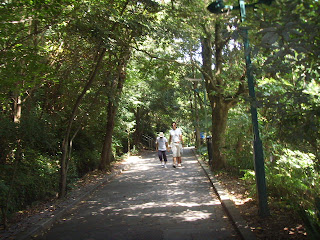 Cheonjiyeon is a U-shaped valley made of lava and through sedimentation and uplift has subtropical evergreen forest within its gorge of 22 meters-high waterfall, it has total 447 kinds of plants including 406 species, 1 subspecies, 32 variable species, 5 varieties and 2 agricultural species belonging to 324 genuses of 123 families.

Cheonjiyeon is a river at the border between Seohong-dong and Seogwi-dong. An old literature called "Jiyeongrok" (1694) said, "It has been said that, when a ritual for rain is held at this fall of Cheonjiyeon during the dry season, it works immediately because a mysterious dragon lives in the pond". In addition a secret royal inspector named Cheongeum Kim Sang Heon came to Jeju Island in 1601 and praised the fall highly for its beauty. He said that Cheonjiyeon Fall and Bakyeon Fall would be the most beautiful falls in Korea.