Yongmeori is the oldest volcanic crater in Jeju Island. It is a tuff ring produced by hydrovolcanic activity upon the continental shelf long before the formation of the Mt. Hallasan and the lava plateau. It thus form upon the friable continental shelf sediment and underwent collapse of the volcanic edifice a few times during the eruption. As a result, the location of the vent shifted a few times and the rim deposits of the tuff ring were transported from different directions. The Yongmeori tuff ring consists of three stratal packages that are bounded by a large truncation surface or an extensive erosion surface. These surfaces are interpreted to have resulted from large-scale volcano collapse and erosional events during the eruption of Yongmeori. 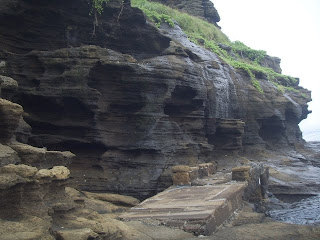 Yong means "dragon" and meori means "head", so Yongmeori means dragon's head. I don't know where it got its name but it is said that the beach looks as if a dragon's head is going underwater. Yongmeori Coast is a place in Jejudo where Mt. Sanbangsan stretches into the ocean. 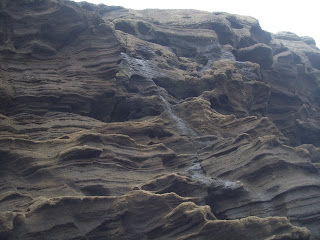 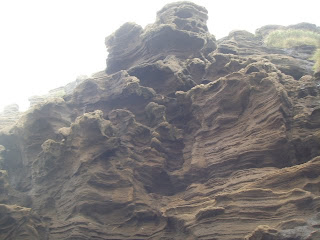 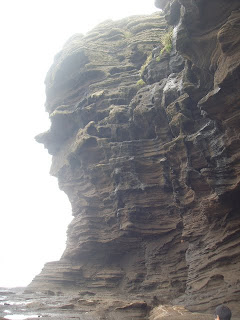 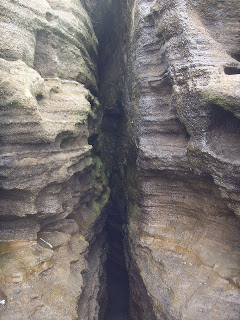 There is an admission fee of 2,500won but free for Jejudo's residents. 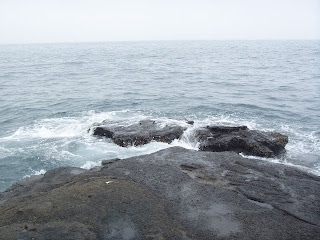 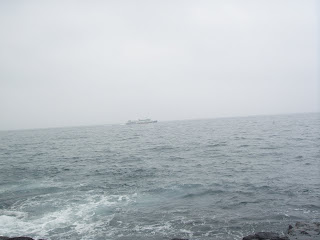 There are many crabs. They are so cute but a little bit scary because I was afraid that they would pinch me. 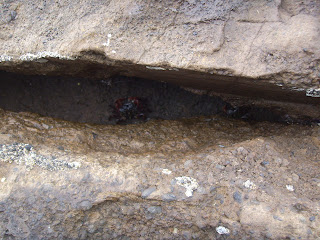 There are also hajumas selling seafoods and soju (korean alcohol) by the sea. I saw some couples who were sitting down near the coast eating seafoods and soju. You can also see some people fishing with soju and chogochujang and they eat immediately the fish that they've caught.

Hi idealpinkrose. i was searching about korea and i bumped to your blog. i have found what i was looking for. someday i'm going to visit there.

PS
i'm having a hard time sending this as yahoo id is not supported. ok the only way is to stay anonymous.