We attended the wedding of my hubby's cousin. The night before the wedding, we were invited to have dinner at aunt's house. There were lots of food. We were also introduced to cousin's husband to be. After dinner, aunt gave us some rice cakes to take home. I don't rice cake much but it was delicious, so instead of bread I had rice cakes when I felt hunger.

The next day, we woke up early to pick up my sister in law, mother in law, and aunts and took them to the wedding hall. My hubby became the family driver because it was Saturday and my brother in law was working. We were late at the ceremony but at least we saw this. 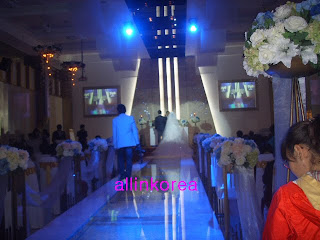 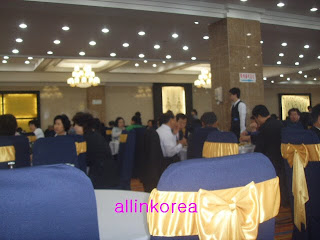 It's always a buffet-style at the reception. There are different kinds of food. You can see everything that you are looking for. Any menu from pork, beef, vegetables, fruits, drinks except wine, fish, porridge, etc.

Every table have some alcohol, beer, cola and soda. Here's what I have on my plate. 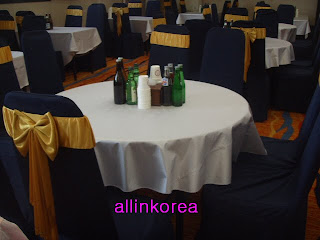 Email ThisBlogThis!Share to TwitterShare to FacebookShare to Pinterest
Labels: korea/koreans, korean lifestyles, only in Korea, wedding