We were on our way to Homigot and we saw this beautiful sea so we decided to take a rest. Another famous beach in East Coast is the Uljin Beach. The water is so clear. It's the best place to relax. My hubby parked the car just near the sea and got some nap with the window open. So even when you don't go out of the car, you can feel and smell the breeze and listen to the sea waves. 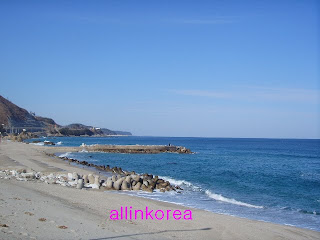 The Uljin region is primarily known for its small fishing villages. And behind this rocks you can many people fishing even in cold winter. 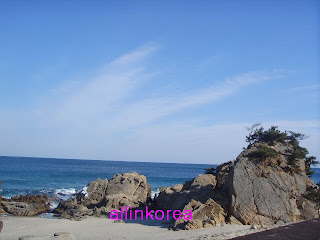 And this one is like a hall. The best place to stay and see the beauty of the sea and sea waves. 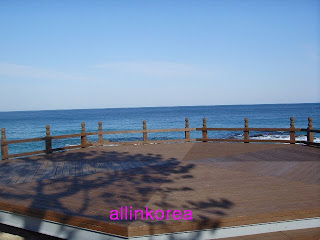 Yongdeok Daege (king crab) is famous in Uljin and every year they celebrate the Uljin Crab Festival. The county, along with Yeongdeok, is famous for the tasty oversized crustaceans during cold weather. The Uljin port has been host to the popular crab extravaganza. Dae, which means "large" in Korean and ge means "crab", but they say its name didn't come from it's size, actually it's originated from its legs which many likened its resemblance to bamboo shoots. Bamboo is also called "dae" in Korean. 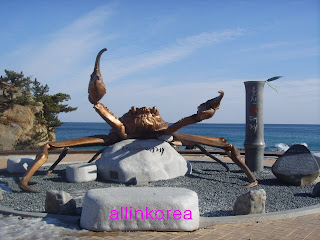