Gangneung has many good tourist attractions like Jeongdongjin. Located in Gangwon-do Gangneung-si Gangdong-myeon Jeongdongjin-ri, Jeongdongjin has a nice and sandy beach. Too bad that we arrived there at night so I couldn't take a picture of the beach. But at least I have this ship hotel taken. It's just close to Jeongdongjin Railway Station.

You know that you're in Jeongdongjin when you see this hotel on top of the hill. It's a ship-like hotel. I wondered if it was a broken ship and they just made it a hotel to become useful but when we asked at the information desk, they said that it's really a hotel that they made look like a ship. We were about to stay there for a night but animals were not allowed inside. We were with our cutie puppy when we travelled. It's not that too expensive. Just around $80 for a night on the beach view. Just add a little bit more from the other hotel near it. There are so many hotels. Anyway, here's the hotel on top of the hill. 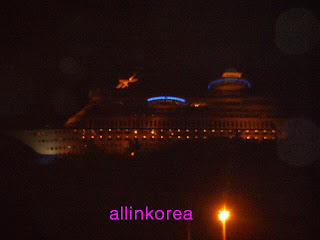 Here's the closer look. Taken at the entrance of the hotel. 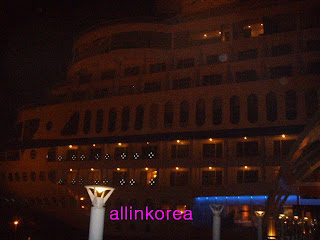 And here's inside. I took them while my hubby was making a deal at the front desk. 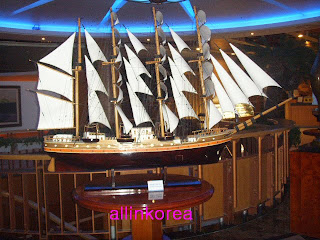 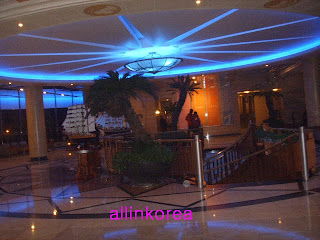 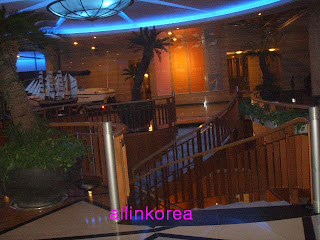