I told you, i'd be away for 3 days and 2 nights but again the plan was changed. We came home last night and that's better I think because when I woke this morning, (around 10a.m.) it was raining. The plan changed not because of the weather but because of the Recreation forest that we've been to. First we went to Jangsu Recreation Forest. If you know the program, 일박 이일 (2 days and 1 night) starring Lee Seung Gi, Kang Ho Dong, Mc Mong, Kim C, Lee Soo Geun and Eun Ji Won, you may be familiar of the place because they took some film in Jangsu. 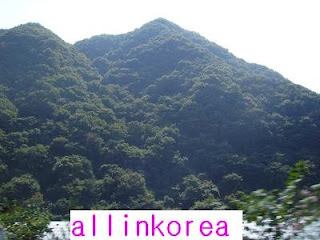 Jangsu is famous of its delicious apples so you'll see lots of apples planted in the farm which is just by the road. My hubby wanted to buy some but we still have many apples in the refrigerator that we received last "Chuseok" (Thanksgiving Day)! 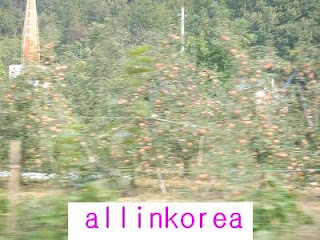 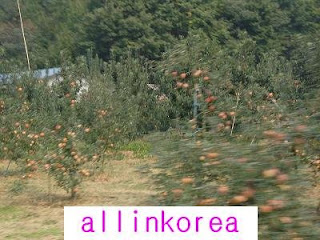 There are also these art of apples which is a sign of delicious apples in Jangsu. 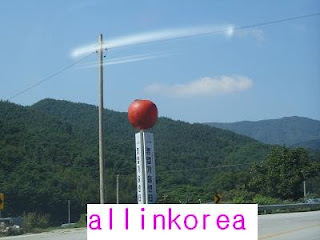 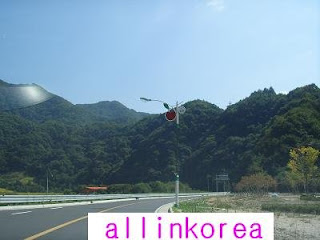 And here's the Recreation Forest in Jangsu which is big and was already crowded by people when we arrived there. 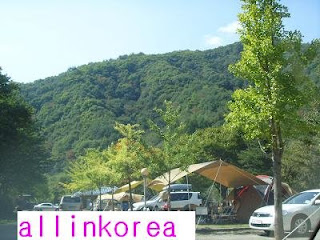 We stayed there for a short time and then we decided to leave the place. We were going to the Recreation Forest to get enough rest, enjoy the nature and relax. We thought it wasn't the right place for us because the place was crowded with many kids and the tents were built anywhere. Unlike other Recreation forest that we've been to, there are areas where you can set up your tent but here in Jangsu, people will choose and cover the area as big as they want. And the one who's next to us built two tents. Just wondering if he paid for two. Anyway, we left the place and went to Muju. And that's for my next post. hehe...
Posted by Unknown at 2:25 PM

Wow! Great place to do camping. :)

Btw, please share your thoughts about this topic when you get the time > http://www.mommastuff.com/?p=350