We are now in Jejudo. The only special autonomous province of South Korea and the country's largest island. In Korean, do is the phonetic trancription of two distinct hanja (Chinese characters) meaning "island" and "province". However, Jejudo generally refers to the island, while Jeju-do refers to the government administrative unit. Jejudo or Jeju Island is divided into two cities. The Jeju City and Soegwipo City. The people have developed a culture and language that are distinct from those of mainland Korea. Me, that has come from the mainland is hard to understand their language. It's a little bit similar but hard to listen and understand them. 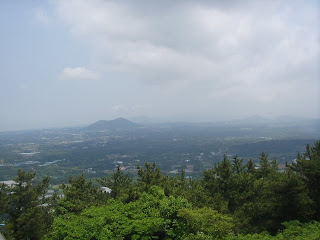 You'll see lots of dol hareubang ("stone grandfather") carved from a block of basalt in Jejudo. Perhaps it is the most distinct cultural artifact. Jejudo is famous for honeymooners. Jeju's temperate climate, natural scenery, and beaches make it a popular tourist destination for South Koreans as well as visitors from other parts of East Asia. 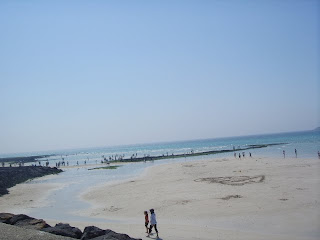