Biyang-do (Biyang Island) is famous for the period of the volcanic activity recorded in the history of Korea, and thus scientifically invaluable. Specially, lava blisters distributed in the northern coast are one of the geologically important volcanic land forms, which is not common in the other parts of Jeju Island. The lava blisters were designated as a natural monument due to scientific significance.

Biyang-do (Island) is located at latitude 33`24`24`N and longitude 126`13`47`E. It is round-shaped and approximately 850m in diameter. In volume 3 of the new edition of Deonggukyeojiseungram (a geography book), it reads in "June 1002, a mountain sprang up in the middle of the sea and at the top of the mountains are four holes, which spewed up red water and stopped in five days. The red water was coagulated to be roof-tile stone." Biyang-do Isle has a record of volcanic activities in the historic age (the Goryeo Dynasty).

It has been said that a Seo first moved to Biyang-ri in the 13th year of the reign of King Gojong in the Goryeo Dynasty. It was also recorded that lookout posts were constructed for the defence of the sea at the end of the Goryeo Dynasty. From this, people must have lived here for a long time before that. On Biyang-do, there are rare volcanic bombs and strang-looking stones that are hard to find in Jeju Island. 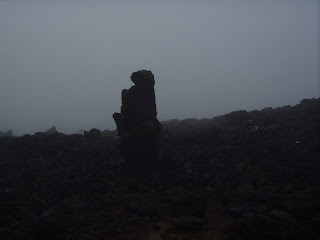 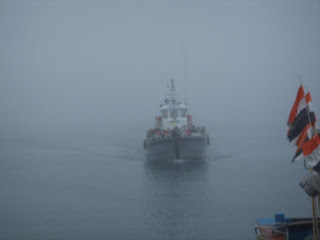 After 15 minutes, we arrived at our destination (Biyang-do). 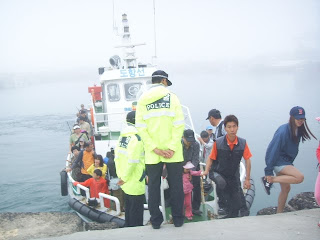 The drama "Bom Nal" or Spring Day was filmed in this island. 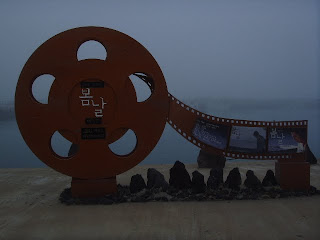 It is a small island so there are only few people living there. I heard from the kids that there are only 4 students in their school. Of course there are private residences temporarily taking lodgers or called Minbak in Korea. There also few restaurants and stores. It's so nice to take a long walk in a small road along the beach. 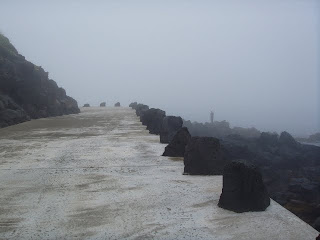 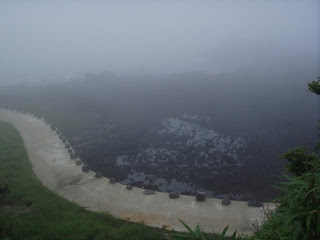 The picture above was taken when we climbed up here. You can climb up the mountain but we thought it wasn't a good idea so we went down and just follow the road near the beach. 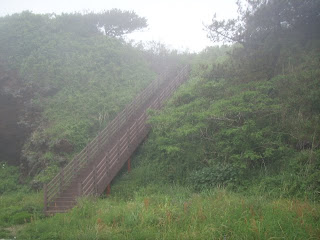 The island is getting more beautiful as you keep walking. In less than 2 hours, you can visit the whole island. 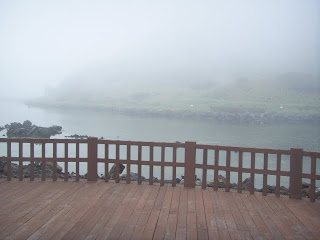 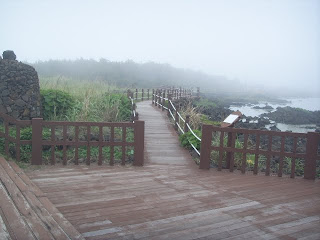 Some people go to Biyang-do for fishing because the island is known for good fishing grounds and sea-corals. 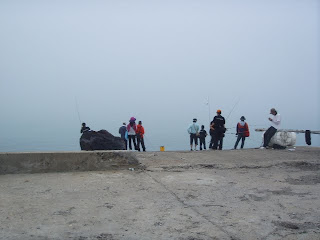 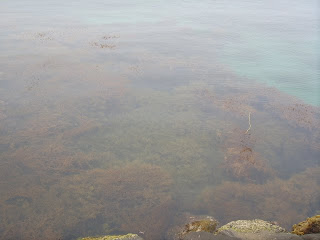