During our vacation (that was last week), we went to Jeonju to watch Basketball game. It's my first time to watch Korean Basketball League. I don't like sports but my hubby does. But I don't think he likes basketball because I can't see him watching it on tv. One time, we talked about going to the Basketball Stadium so we did. 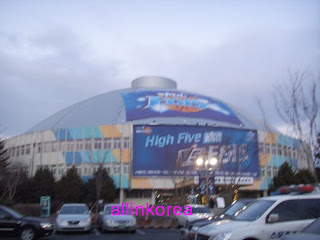 We arrived there early so here's what we saw. The rehearsal and the players stretching before they will face the battle. 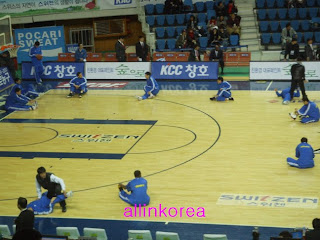 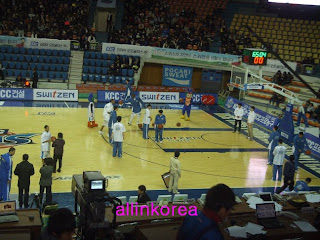 They show on tv so here are the reporters and writers. 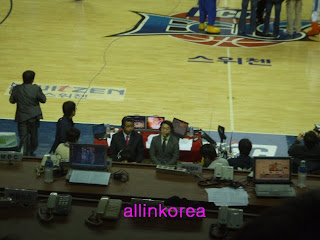 Before the opening, the dancers/cheerers show their talents. They are so sexy and cute. 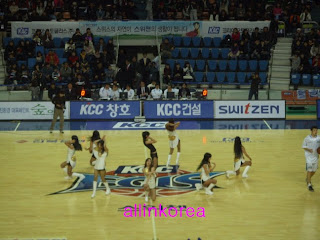 During the game, that I always take a photo of them so the security guard came to me and asked me not to take a picture during the game. hehehe... 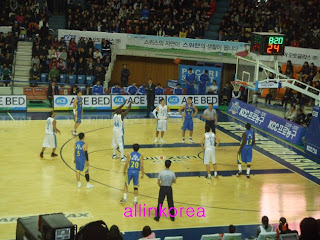 I had so much fun watching the game specially the audiences. The stadium was full. 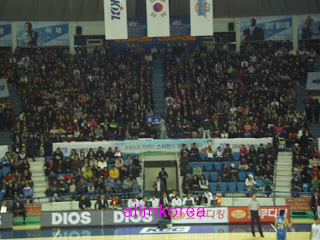 There were also lots of events like games, raffles, dances, free stuffs, and here's what I like the most. The proposal time! 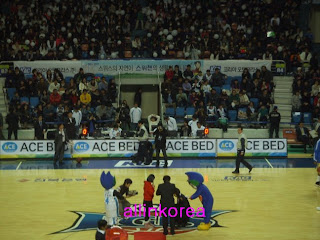 I enjoyed the game so much. It's really far different when you watch on tv and in person. Even when you don't like sports, you will feel like joining the cheering for the players. I don't have favorite players but I cheered for KCC Jeonju. KCC Jeonju Fighting!

By the way, the game started at night so we decided to have Shabu Shabu before we entered the basketball stadium.