We didn't have any plan last New Year's Day but my hubby said that we had to do something special on that day. We didn't know where to go. But before that day, we thought of going camping. It's winter but we wanted to experience how to sleep in the tent in winter. We have sleeping bags and we planned to bring some thick blankets. But we changed our plan because of the snow. It snowed a lot before that day.

My hubby googled about the Recreation Forest and Anyang-san Recreation Forest in Hwasun appeared so he called there and asked for the accomodation. It's not expensive so he made a reservation and started to pack our things.

Here's the cabin where we stayed for 2 days and 1 night. There are lots of cabins built logs produced from Anyang-san (Mt. Anyang). We didn't expect many people there but when we walk around at night, we saw lots of people having barbecue outside. My hubby and I just made barbecue inside using fry pan and stove because it was too cold. 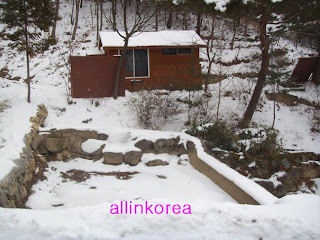 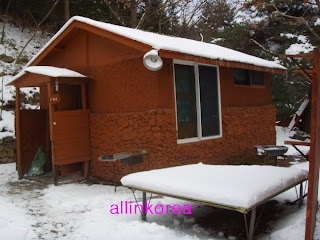 There are grills to use for barbecue and wooden couch outside but we didn't use them. I played snow ball fight with my hubby so I used the snow from the bed. 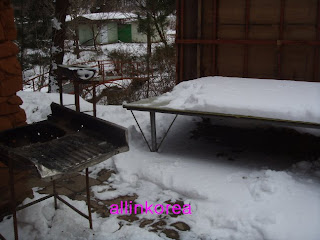 Here's what's inside the cabin. There's a small refrigerator, closet, rice cooker, tv and my hubby never forget to bring his xbox to play during the night. 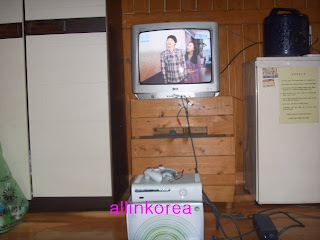 Here's the kitchen and on the right is the bathroom. 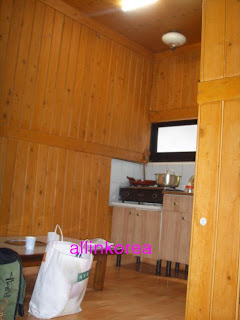 Outside is a playground. There are swings and slides and even basketball court and soccer if you like sports. 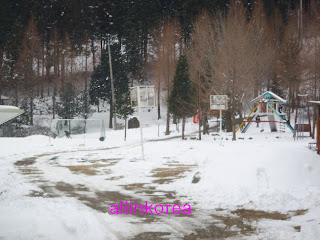 Next, i'm gonna show you the Recreation Forest.

Edited: Here's what i'm talking about. The Hwasun Recreation Forest.

Ciao dear, thank you for your kind comment on my blog @ www.PORSCIA.com. Great website and i am sure i will steal some recipes =)
All best and sucess, Porscia Yeganeh