The Ilchulbong is a tuffcone formed about five thousand years ago by an eruption in shallow sea. The tuffcone was an island shortly after the eruption but became smaller after thousands of years of wave erosion. The eroted materials were transported southwestward and deposited along the eastern shore of Jeju Island. The tuffcone became eventually connected with the main island, resulting in the present coastal landscape. 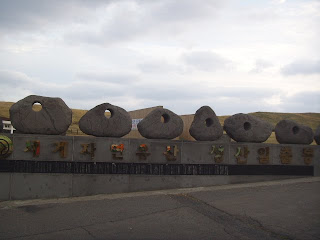 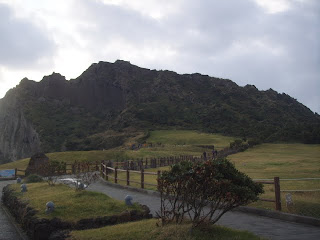 The vertical and spiral-shaped pillar of rocks surround the climbing path of Seongsan Ilchulbong Tuff Cone. In the time of hydrovolcanic activities which created this tuff cone, the pyroclastic (ash) deposits of the tuff cone margins had steeply inclined near the crater rim and piled up. Raindrops on the deposits forced a flow down the slope, and the deposits eroded over time, that creating a land that appears deeper than the ground itself.

It says that the legendary spirit dwells in Deung-Gyung Stone so please refrain from any acts that interfere with the viewing. People in the village of Seongsan Deunggyeongdol (Limp Rock) or Jinggyeongdol. Villagers have a custom of bowing four times when passing by. In olden days villagers had ancestral rites and prayed for prosperity of the village and for families to live in peace. 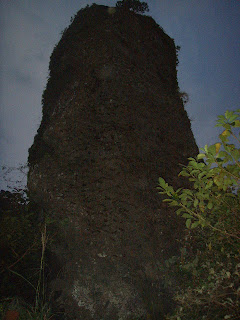 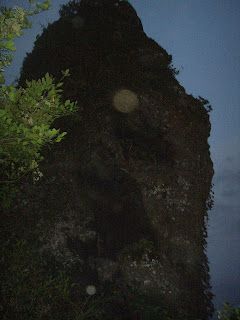 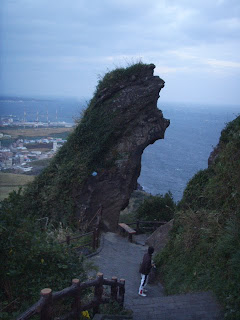 There is a huge crater at the top of Seongsan Ilchulbong Peak. The crater is about 600m in diameter and 90m high. 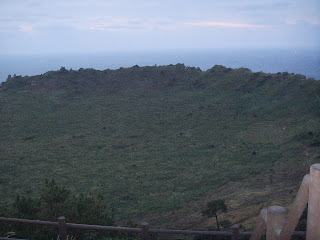 They said that the sunrise from the crater is magnificent so we climbed up early morning to watch the sunrise but we weren't lucky enough because it rained the night before we came. We only saw this. 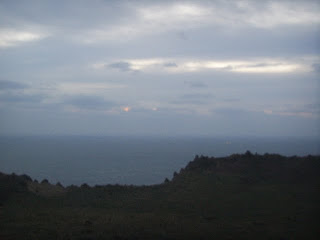 Here's the view from the peak of Ilchulbong. 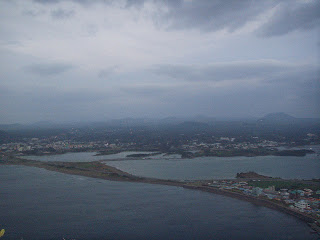 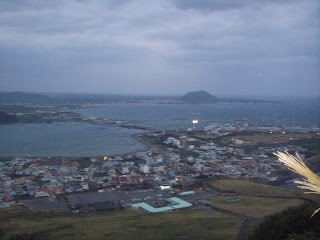 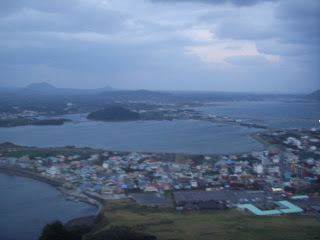 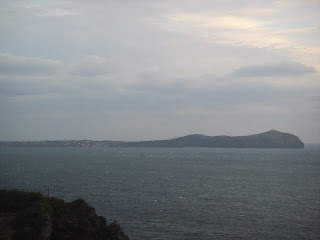 The ridge provides an ideal spot for walks and for horse riding as well. 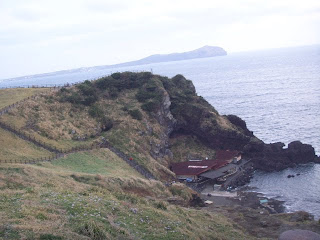 It was still dark when we climbed up Ilchulbong to see the sunrise but as I said we weren't lucky enough. 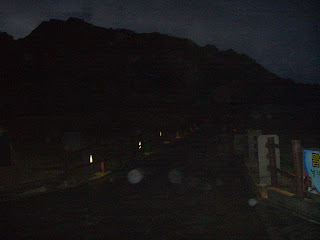 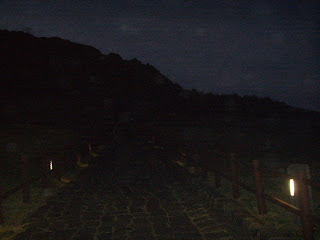