Korean's Health Food in the Summer

There are lots of tiems in the summer season when you lose your appetite, you feel fatigued, and you lose your energy. Thus, Koreans try to restore their enegy by eating foods that are believed to be helpful to that end, and typical example would be samgyetang. Samgyetang is made by stuffing a young chicken with ginseng, garlic, jujubes, and glutinous rice and cooked under a slow boil. Chicken is high in protein so is nutritious, and young chicken is more so. Ginseng is a widely recognized restorative good for bringing back your summer energy and dealing with fatigue. Once they have had samgyetang in the hottest summer and perspired as result, Korean forget the heat and have vigor restored. Samgyetang is neither hot nor salty, so meets well with foreigners' taste. 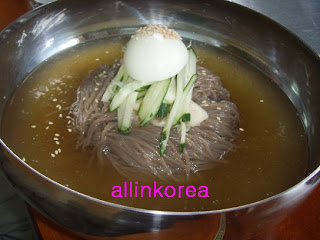 A refreshing bowl of noodles is always popular in summer. Mulnaengmyeon is famous in the summer but kongguksu is one type of noodle dish for the summer months, and is made of noodles (guksu) in soybean (kong), which is ground and made into a juice before the noodles are added. It is often eaten with a little ice in it as if it were water. The soybean soup is heavy and has a savory and simple taste. You can easily find yourself fatigued if you lack protein, and since kongguksu is rich in vegetable protein, it is perfect for the sweaty summer months. 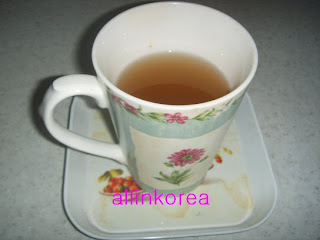 Everyone drinks a lot when it's hot outside, and if you care about your health you should drink plum tea (maesilcha) instead of carbonated drinks. Measil, a variety of plum are used in wine, jam, juice and tea, but the easiest way to enjoy them are as a cold tea, measilchat. Maesil are good for recovering from fatigue and are help smoothing going for the intestines and stomach. An increasing number of people are drinking maesilcha or dessert, and it is specially popular in summer.