The Party and the Worldcup

We attended Uncle's Sixtieth Birthday Celebration. Because of the World Cup game, the celebration was held earlier (an hour advance) which was really good for everyone. We live nearby so we were the earliest birds. We came 5 minutes earlier. And because nobody was there, so I hurried, took out my camera in my bag and took pictures. 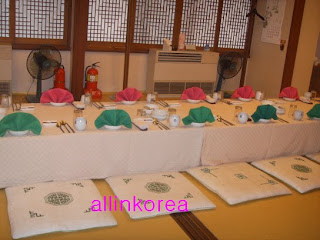 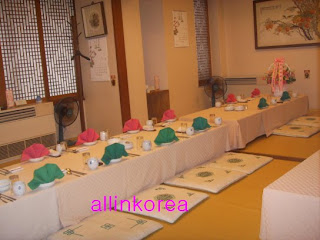 I was taking pictures when Uncle (the celebrant) came and a few minutes later the visitors (hubby's relatives) kept coming until the room occupied. It was a Korean-Style Dish. The food came one by one. When everyone's done with what the waitresses served, then they give the next dish. Everyone was really full but the food kept coming and everything is delicious so no one wants to miss any dish. Besides, it was expensive so you will be forced to eat everything.

We were almost done when hubby's cousin called. She said she was coming with her husband. So they set another table. Uncle (relative's dad) said to the waitress to just serve all the food. They table was almost full and the visitors haven't come yet so I told hubby to take a picture of the food. 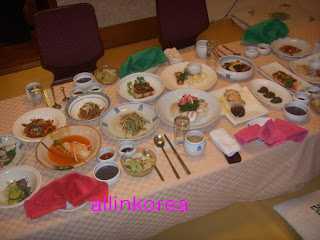 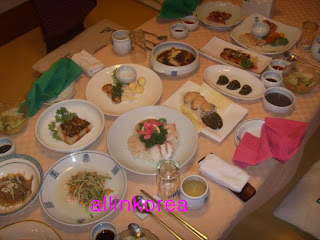 It's only for two people and there are still more that they haven't served. It's just the seafoods, there is more meat like beef (galbi) and chicken (samgyetang) and then comes the rice and side dishes and soup. Then fruits for dessert and drinks.

While waiting for them, the young couples like us (hihi) decided to watch the World Cup Game in my house. It's because the hotel (venue) is near and we have a big screen TV. My hubby bought some dried octopus and beer for them and I served fruits. 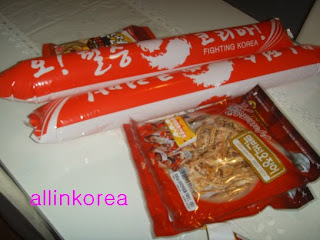 My living room was crowded last night. They shouted, laughed, stood up, cheered, etc. They were very happy specially when the korean made goals. Thanks to Park Ji Sung because the whole Korea was alive last night. And my visitors weren't disappointed. Eveyone left my house with smile on their faces because Korea Team beat the Greece Team.