It was summer vacation and we had 3 days vacation so we decided to visit Gyeonggido Province. Our first destination was the Odusan or Odu Mountain Unification Observatory in Paju City.

Odusan or Odu Mountain was a ferocious battlefield about 1600 years ago, when Goguryeo and Baekje bled for the posession of a region near Han and Imjin River for 106 years. Recently, the archeological site of Odusan Fortress and Baekje potteries were excavated in the vicinity and the area was designated as Historic Site No.351.

Cars are not allowed to enter the site but there are free shuttle buses so we decided to park the car at the parking lot where we can also take the shuttle bus. 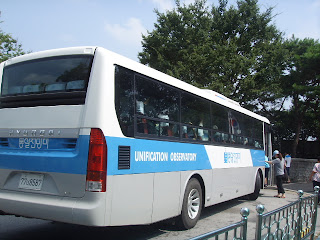 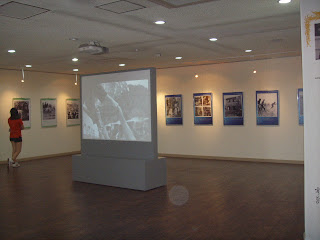 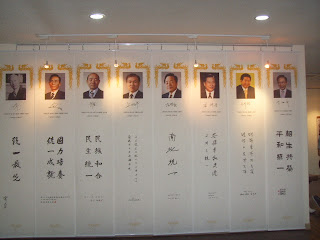 There are also North Korean medicines, products for export, life goods, wishing room where you can write your wish for Unification (the notes can be restored in a time capsule until the day of Korean Unification), stamps, military, culture and life, North Korean clothes, elementary school classroom and residence master bedroom. 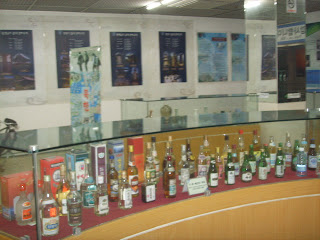 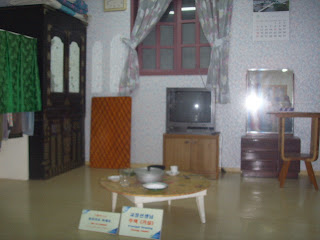 The KTX train that shows that we can access other countries easily after unification. This train shows the access from South Korea - North Korea - Paris. 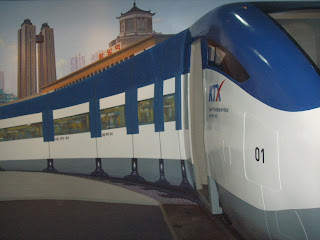 The outdoor sightseeings while waiting for the shuttle bus. 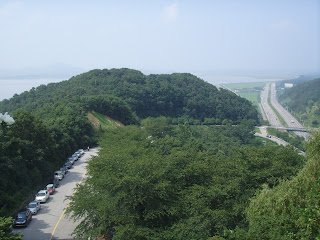 At the second floor are the Unification Exhibition Hall, Theater, etc. We didn't bother ourselves to watch the theater so we went upstairs to see the observation room and telescope in the outside area. 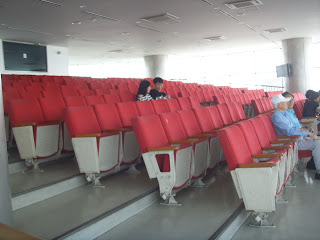 The view outside. It's better to use the telescopes to see the North Korea. Just insert 500 won. 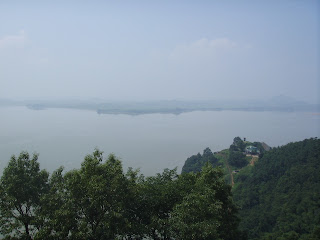 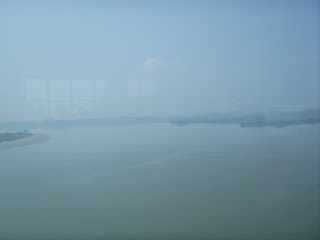 The Unification Observatory is open throughout the year from 9:00 a.m. For group reservation call 031-945-3171. From Seoul, you can reach the 120-meter hill within 40 minutes and have a good view of North Korea across the Imjin River. It's the place where the Han and Imjin river meet and flow into the West Sea. It's the place where Goguryeo and Baekje Dynasty fought fiercely in the age of the three states. The National security education in the place leads to the people specially of Korea's dream of Unification.