It's now autumn in Korea and it's getting cold everyday. My hubby has been waiting for this season because he can eat his favorite; the seafoods! My hubby loves seafoods but he doesn't want to eat it in the summer. And now that it's fall, we went to Namhae to eat seafoods. We went back to the restaurant that we've been to, to eat Rawfish in Cold Water.

On our way home, we decided to go to Seomjin Kang (Seomjin-gang) or Seomjin River which literally means "toad ferry". It is believed that 1590s during the Hideyoshi's invasions of Korea, a swarm of toads blocked the Japanese army from crossing the Seomjin into Northern Jeolla.

Seomjin-gang drains southeastern Jeollabuk-do as well as eastern Jeollanam-do and western Gyeongsannam-do provinces, and flows into the Korea Strait. The river rises from Palgongsan and flows for 212.3 km. before it reaches its final destination to Gwangyang Bay.

Our navigation brought us to Hadong County. Here's the map of Tourists sites in Hadong-gun. 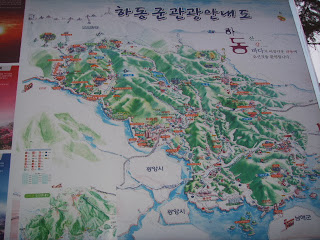 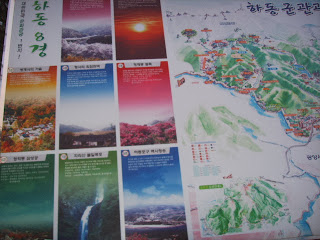 The river doesn't have much water. It's dry maybe because it didn't rain for a long time. I want to go back there again in the summer. 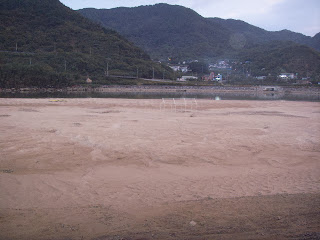 I think there are many people swimming in the summer because there are tubes near the benches. 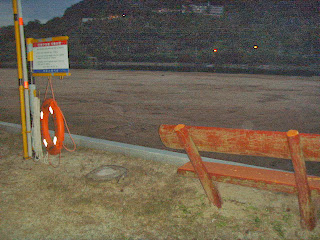 Eventhough we couldn't enjoy the river, there's a trekking course that takes 4km to Seobon Park. We are planning to go back there and go trekking. I can't wait! 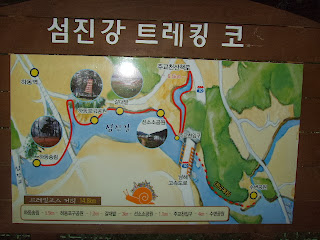 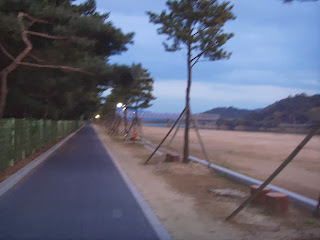 There's also a bridge to cross the river. 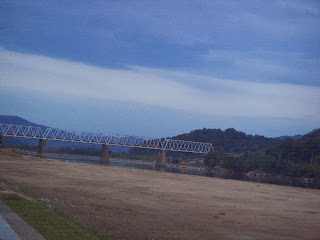 I think there's also a temple across the river on top of this mountain. I couldn't see it well but my hubby said it seems like a temple specially when we heard a sound of the bell. 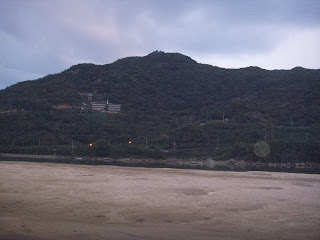