Most Koreans visit their families on Chuseok but me and my hubby have decided to relax on that day. My in laws live very far from us and on special holidays like this, it takes us a day to travel to their hometown. So I called siomoni (my mother in law) and Hyeongnim (sister in law) and said that we couldn't go there on that day. So on Chuseok me and my hubby went camping.

First, my hubby called and asked if the camping sites are open on Chuseok and if there are campers. And yes they are open but not many people go camping on this special occasion. There were 2 tents set up when we arrived there. One for the couple with two kids and another for ajassis who were drinking soju. I think they are having reunion and they are spending it at the camp site. Too bad because people went there to relax but they were too noisy so one family left. After few hours, we left too. Luckily, I got some pictures to share so hang on.

On our way to camp site. The weather forecast said that it would rain but we still hit the road. 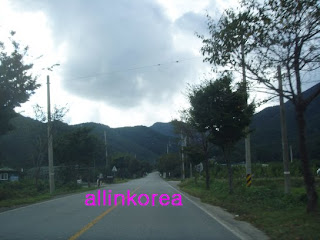 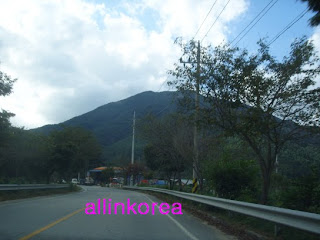 And that's our tent. The other one was the old men's. There was another tent set on the ground. Just next to the deck area but at least they can't hear much noise unlike us. 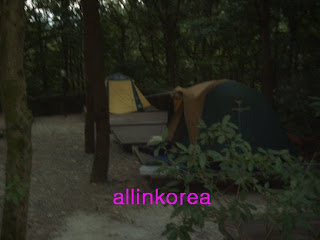 Here's the bathroom. Not too many people so it was clean. 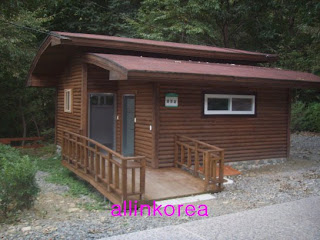 And the washing area. It's where we can wash the dishes. 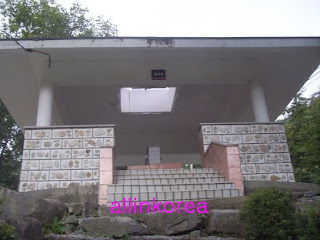 And the food. Ohh, there's a lot of food. That's supposed to be until the next day but we couldn't stay the night there. 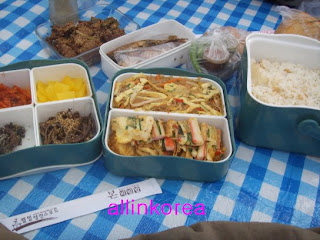 Before it's too late, we decided to go to the office and get refund. We complained about the noise made by the drunk ajassis so they talked and warned them but we still chose to leave. They gave the money back. 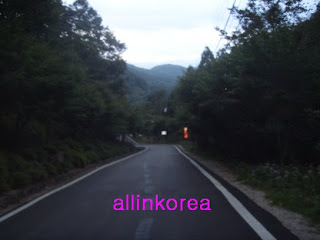 Next to the entrance were these beautiful houses. I just saw them when my hubby was talking to the manager. 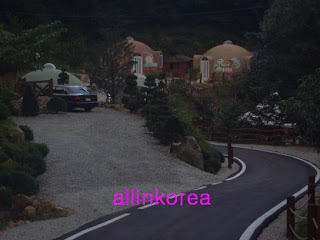 We decided to leave and on our way home, it rained a lot. Well, everything happens with reasons so we were not disappointed at all.