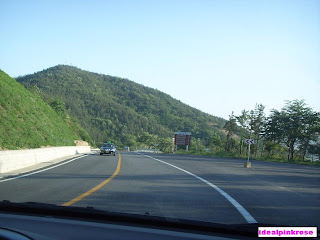 While we were waiting, we've decided to go to this pension house near nokchabat (green tea plantation). We might stay there just in case the celebration would be finished late. Here's the pension house. 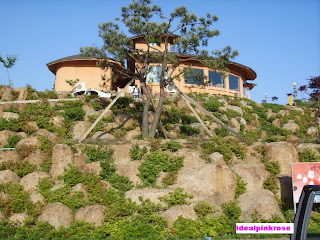 And here's the view from the pension house. 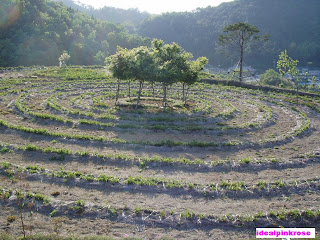 After waiting for almost 30 minutes, uncle finally came and mom in law tranfered to uncle's car. We thought she missed her brother so much and wanted to talk to him a lot but then we realized that it was their plan to visit their parent's (hubby's grandparent's) tomb.

Hubby doesn't like climbing up the mountain just to bow down to the tomb so we just went to the beach instead, while waiting for them. Here's Yulpo beach in Boseong. 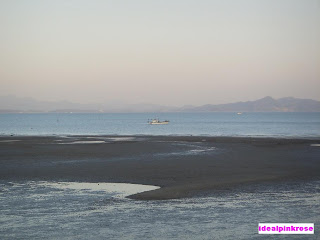 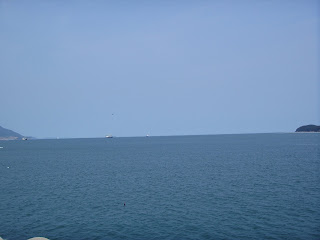 We didn't spend much time in aunt's house because she said it was getting darker and not good for us to drive home late at night so we left earlier than we expected so we didn't stay in the pension house.

Very nice! Could your please give the address of the nice pension in the green tea fiedl near Yulpo and Boseong.

Hi! Thanks for dropping by. Check some information of the pension house here. There's a phone number, room rates, directions, etc. Enjoy your vacation!