When was the last time that I came here? That was several years ago no wonder why I saw many changes in the forest. It has improved a lot since I last went there. Although the bamboos are still the same, but the totem poles have increased in number. 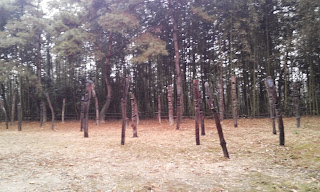 Also these camping area looks more peaceful. Unlike before that it looks dirty and wasn't as eye-catching as now. 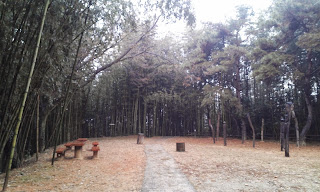 This area has also developed a lot. I think I saw this on a scene in Korean movie or drama. It looks familiar. 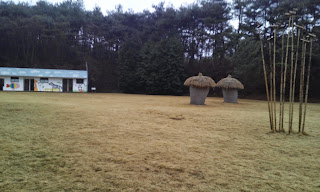 It's also my first time to see these plastic windmills. Never mind my hubby's umbrella on the upper left. It was raining when we went there with our friends. 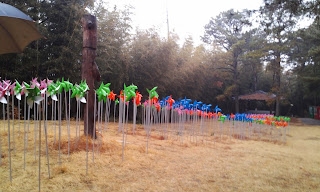 I think it's the cutest totem pole in the forest. 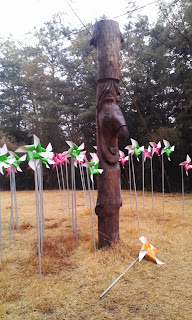 Have I seen these statues before? I don't think so. But the mermaid looks very old. It's like a ghost. It scared me. Really! 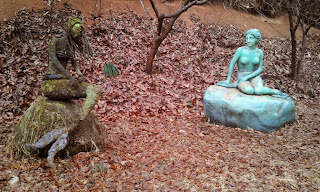 It looks like old and dried dead mermaid in the forest that becomes real at night. Oooppss... 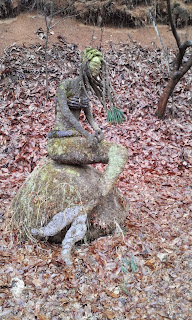 This hut looks scary, too. It seems like a ghost appears at night or maybe the mermaid lives here. Aahhh... My imagination is killing me again. Anyway, it looks scary but it is used in making films. Who knows that your favorite actor or actress stayed here. hehehe... 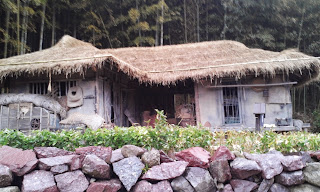 Yes, lots of movies and dramas were filmed in Damyang Bamboo Forest. Here are some pictures of the scenes. 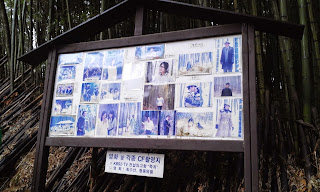