When we visited Canada, we met a Korean guy who lives in Gunsan so we went both back here in Korea, he and my hubby kept in touch. He already came over to my house twice and one day he invited us to visit his place. He showed us some places in Gunsan and what I noticed is, there are lots of factories. I've never seen lots of factories as those in Gunsan. The huge lot area has so many factories that according to my hubby, some of the area used to be sea and made it a land to build some factories. Wow! It's so amazing! 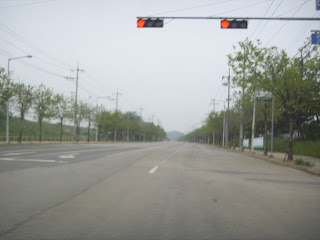 Here are some of the factories that I've just decided to take pictures of them on our way home. 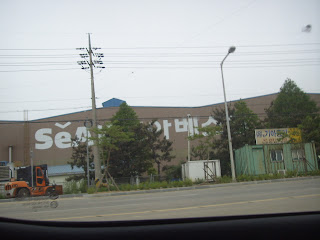 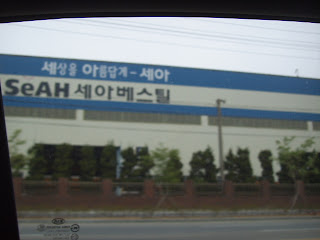 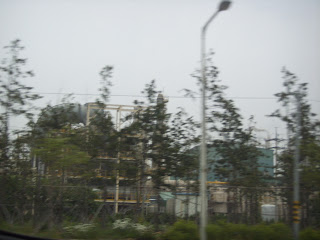 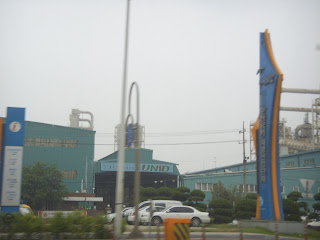 The guy thought that it's easier to meet near the factories because it's the Gunsan's landmark but we almost lose our way because we didn't bring our navigation. We drove around but we couldn't find the meeting place easily so when we saw a map, my hubby got off the car and checked. Of all the factories and wide range of land, it wasn't easy to find the location. We drove around for about 30 mins before we met my hubby's friend.

I heard about the factories in Gunsan but never had an idea how many factories there are but after seeing it, wow! No wonder why they say that there are also lots of foreigners there and it's true. There are so many foreigners walking in the street. I heard they came to Korea to work in the factories.

If you are a foreigner who wants to work in the factory, I think Gunsan is the best place. Also, if you want to meet foreigner, Gunsan is also the place to meet your countrymen.