My hubby bought a new car so we had to break-in the car. My hubby just drove the car without nowhere to go so the wheels took us to Jangseong. We drove around Jangseong and when my hubby saw a small road in the county where there were some rice planted in the farm, he directed the road and we happened to reach the Jangseong Hyanggyo. 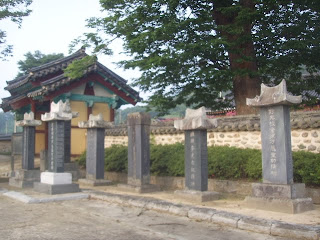 Jangseong Hyanggyo or Confucian Temple in Jangseong is a national school established in local districts to teach Confucianism. This school was first established in Osan-ri in the 3rd year of King Taejo (1394), but it was merged with Jinwon Hyanggyo before it was relocated in the 33rd year of King Seonjo (1600). Then, Ipam Mountain Fortress was built as a tactic of the expansion of armaments in the 9th year of King Hyojong (1658) and the status of Jangseong-hyeon was promoted to Dohobu. Later the school was relocated at Jangseong-gun, Jangseong-eup Seongsan-ri 110. There remain the tablet hall, a lecture hall, gates, a school office and other minor structures. Hama monument is erected outside Oesam Gate. This compound follows the typical arrangement of traditional schools with the academy facing the front and a shrine at the back. 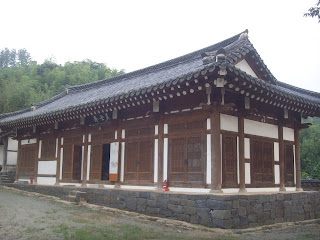 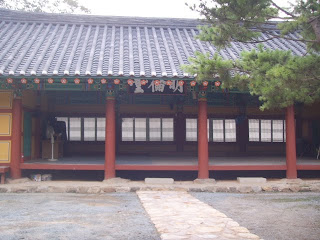 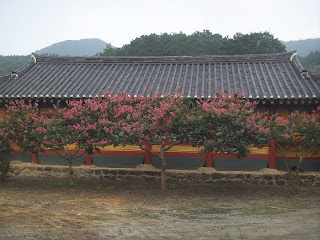 Hello. This is buzz KOREA.

Please sign up www.ibuzzkorea.com and register your blog address.
Your contents including the key word, 'buzz KOREA' will be automatically collected.
It can help your contents to be spread to all people who are interested in Korea.

You can also talk to us on Facebook: http://www.facebook.com/buzzkorea
buzz KOREA members' entered blog contents are not only published on the campaign webiste, but also on buzz KOREA's facebook, introducing them to more fans of Korea.

We will always pay attention to your blog.
Thanks for informative contents.