Seonunsa is a head temple of the Jogye Order of Korean Buddhism. It stands on the slopes of Dosolsan in Asan-myeon, Gochang County, near the Yellow Sea coast in western Jeollabuk-do province. It was originally a very large temple, but much was lost during the Jeongyujaeran (the 2nd Japanese Invasion in 1597). It was burnt down during the second Japanese invasion in Korea and was reconstructed for 5 years under the direction of saint Wonjun from 1614 (the 6th year of king Gwanghae) through 1619.

Korea is a mountainous land so it's not surprising anymore when we passed here. 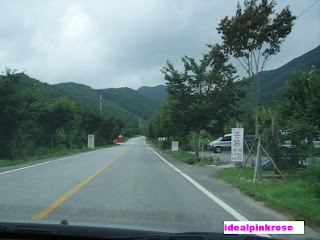 Seonunsa Temple provided the location for episode 2 of the drama Daejanggeum. 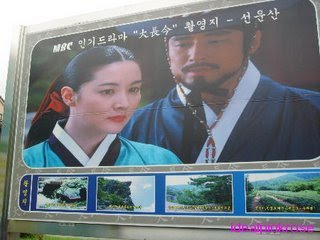 The temple is also surrounded by the mountains and some of them are located on the high of the ground. 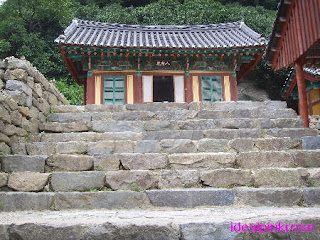 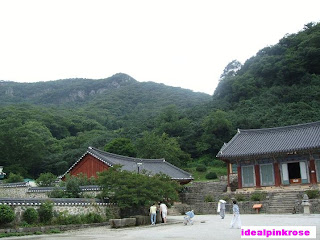 Here's one of the buddha's that we see in the temple. 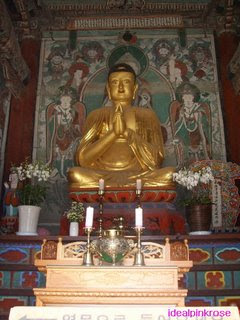 And here's the nine storied stone pagoda made of granite during the Goryeo dynasty but now only six stories are left. 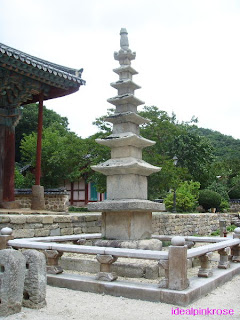 Aside from the temple, Seonunsa is also a good place to relax because it has a stream, park and forest inside.
Posted by Unknown at 11:42 PM

i was just reading your first post when i recognised the actors from this drama that it's aired on a local tv statin and i'm watching. for days i tried to learn more about it but i couldn't even find it's name
seeing it here is such an amazing coincidence, and it makes me so happy that i felt the need to thank you so thank you and if we'll ever meet i'll give you a big hug :)