Nokchabat (Green tea plantation) is another famous place in Korea located in Boseong. Nokchabat in Boseong was often used as the backdrops of movies, TV dramas and TV advertisements. One of these is the summer scent, starring Song Seung Hun and Son Ye Jin.

I've been here once with my hubby, in laws and some relatives. It was out of our plan. We just dropped by on the way to hubby's aunt house so i couldn't take some pictures because my digicam wasn't with me.

One time, hubby asked me where i wanted to go so i didn't get a second thought to say that i wanted to see Boseong nokchabat again.

Here's the view on the way to nokchabat. 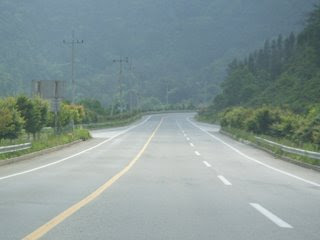 We see these trees near the gate. 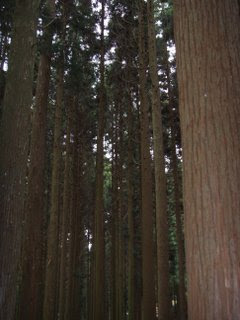 I don't remember how much we paid for the admission fee but here's the view inside.

Tea bushes ascend the contours of the surrounding hills, rising in regular curves. 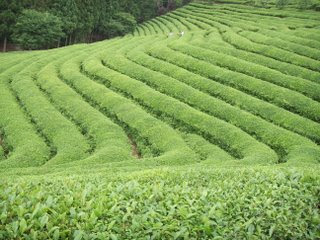 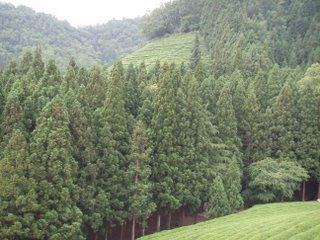 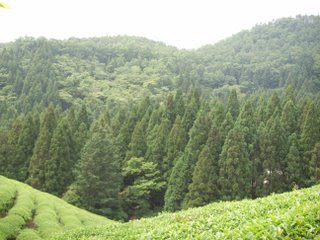 It's really awesome but interrupted only by the odd tree and a few small tombs. 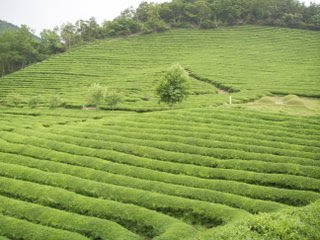 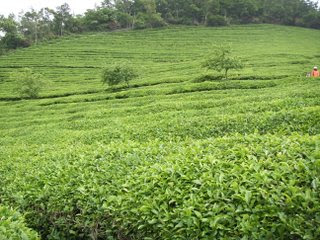 Of course there are stores inside selling green tea flavoured products ranging from soap, noodles and rice cakes to ice cream . I'm not a big fond of green tea but i love ice cream so i bought this. 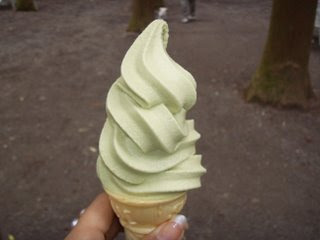 Here's also a scenic view outside the plantation. 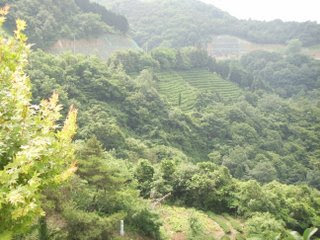 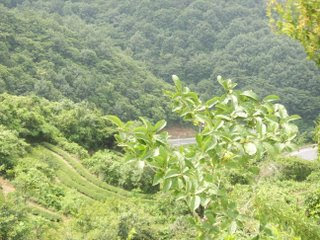 hello! tks for your time visiting my blogs. I'm too busy too with baby.